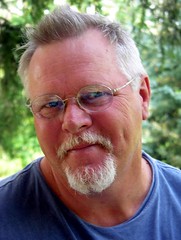 Bob Lucas of Logan County, Ohio is lending his musical talents to promote recycling through his newly written and performed “Recycling” song.

Written at the request of the Logan County Solid Waste District Bob agreed to work collaboratively on this project because he believes in recycling as an important part of modern living.

Bob is a prolific song writer who over the years has crafted hundreds of songs. He formed the folk group “Eclectricity” and toured with Theodore Bikel. For the past 20 or so years Bob has written songs for 25 original plays for the Mad River Theater Works and tours with them playing, acting and singing.  His songs have been recorded by Alison Krauss, New Grass Revival, Sam Bush, and Alison Krauss and Union Station.  We are fortunate Bob landed in Logan County, decided to make his home here and share his music broadly.

He wrote the Recycle song as a 60 second piece so it could be played easily on radio and other media to get recycling into peoples heads.  Bob and the Logan County Solid Waste District invite and encourage anyone to download and use the tune to promote recycing.

Together We Can Make a Difference!